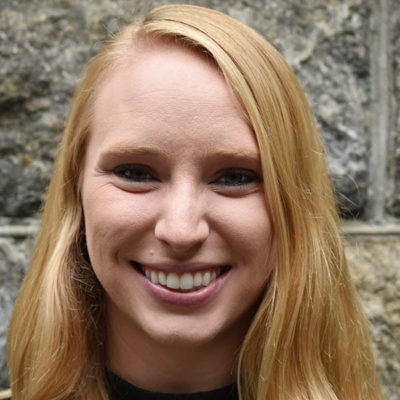 Meredith Horowski is the Senior Director for the Brigade Network. Meredith is an experienced campaigner with particular expertise in grassroots organizing and in creating powerful, diverse movements on pressing social issues. Prior to joining Code for America, she was the Campaign Manager for a 2018 gubernatorial campaign in Rhode Island. As an independent consultant, she led US strategy for the civic tech firm New/Mode and provided strategic support to NetChange Consulting. Meredith founded Beyond the Bomb—a grassroots organization to end systems of nuclear violence. She also served for four years as the Global Campaign Director at Global Zero, where she spearheaded GZ’s international advocacy strategy, creative campaigns, and public mobilization. She's written for outlets including Teen Vogue, The Nation, and Huffington Post. In her free time, she organizes with a feminist collective in D.C. and enjoys hiking, swimming, and Michigan football. She also owns a miniature cow.