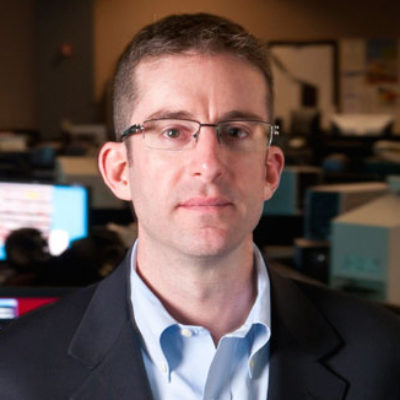 Brett Goldstein is currently the Senior Fellow in Urban Science at the University of Chicago Harris School of Public Policy. In this role, he advises governments and major universities around the world on how to use data to inform smarter government decision-making and leads research projects using big data and analytics to better understand urban ecosystems. He was influential in designing the school's dual degree program in computer science and public policy. He is also the CTO at GCM Grosvenor, one of the world’s largest independent alternative asset management firms.

Brett began his career at OpenTable where he played a key role in growing the company from a small startup to a multinational enterprise. A former government studies major, he became interested in applying his private sector experience to improve city-wide systems. Brett began this work as a Chicago police officer, building and commanding the Police Department’s Predictive Analytics Group. He was subsequently appointed as the Chief Data Officer for the City of Chicago by Mayor Rahm Emanuel, becoming the first municipal CDO in the country. As CDO and later CIO, he established one of the nation’s leading open data initiatives, accelerating Chicago’s growth as a global hub of innovation and technology. During his tenure, Brett developed WindyGrid, a geospatial situational awareness and data analytics system used by City of Chicago departments and agencies to improve service delivery and coordinate efforts during incident response.