On the day the first Advance Child Tax Credit (CTC) payments went out to millions of families, President Biden remarked that this program could represent “the largest-ever one-year decrease in child poverty in the history of the United States of America…the benefits will be felt for years.” He’s right: the potential of this program to make lasting change is enormous. But in order for that change to be the most impactful it can be, the CTC needs to reach families with low or no incomes who don’t usually file taxes (often called “non-filers”) who stand the most to benefit from flexible cash.

That won’t happen automatically, and despite incredible efforts by the IRS, the U.S. Department of the Treasury, and the White House, there still remain several million non-filer families not receiving the CTC. Our portal for easy filing, GetCTC.org, is a critical step towards ensuring that non-filing families can easily access the CTC, but it’s only one link in the chain. To get those families in the front door, we need to find them. To find them, we need good data.

Through our own research and research from our partner organizations, we know a good amount about who non-filers are and how we can best utilize outreach strategies to reach them. Critically, we also know some things that won’t work.

Our key findings include:

GetCTC is a critical step towards ensuring that non-filing families can easily access the CTC, but it’s only one link in the chain.

What do we know about who non-filers are?

To start, we should note that public data on non-filers is hard to come by. Finding a few million families in a country of over 300 million is hard, and organizations around the country want to use data to make the task easier. But the right data is hard to find. Census datasets that are otherwise the gold standard in social policy research don’t ask about tax filing status. The government does have reasonably comprehensive datasets of non-filers—both from internal IRS records based on information returns and from matching IRS records to Census data—but these datasets are not publicly available. Instead, we must rely on a few incomplete data sources.

First, there are two commonly referenced datasets from the U.S. Department of the Treasury. Treasury released two files—one in September 2020, one in May 2021—containing aggregate counts of non-filer adults and unclaimed children (that is, children who are not claimed on a tax return) by zip code, based on data available to the IRS. New America has published a thorough analysis of this data outlining two primary drawbacks. First, the data generation process has biases that limit its reliability, especially the May 2021 data of non-filer children, which was generated based on reports of healthcare coverage on tax Form 1095 and thus undercounts children in states with low health care coverage rates. Second, and more importantly, the data shows relatively low variance in the rate of non-filers across zip codes and counties.

Instead of being clustered in a few cities or a few neighborhoods, non-filers are scattered across the country. In counties with “low” rates of unclaimed children, for example, around 3% of children are unclaimed; in counties with high rates, that number is around 4%. These are weak trends, and trying to look for hotspots on a map, for example, is not an efficient way to generate a successful outreach strategy. (Note that New America’s post also includes data showing the rate of non-filers or unclaimed children as a fraction of total adults or children in a given zip code, which is the right ratio to use in searching for hotspots, and is not the ratio used in other public heat maps. Analysts looking for this data can download it from the article.)

We can use the geographic data to look for correlations—what kinds of zip codes are more likely to have more non-filers? Here are some of the clearest such trends:

These are only weak correlations, as aggregate data—counts of non-filers by geography as published by the IRS—are not well-suited to target individuals. To take full advantage of IRS data to find non-filers, the Census Bureau should publish tables from merged and de-duplicated Census-IRS data, including breakdowns of filing behavior by income, geography, and relevant sociodemographic characteristics.

Finding a few million families in a country of over 300 million is hard, and organizations around the country want to use data to make the task easier. But the right data is hard to find.

Second, there is high-quality data derived from social services in California. The California Policy Lab (CPL) recently published research using data from the state Department of Social Services to identify possible non-filers. They found that a large population of benefit recipients do not file returns. Their data is imperfect as it relies only on state tax returns rather than federal returns to identify non-filers; moreover, it may not be generalizable to the rest of the country, since California’s levels of immigration and Spanish-speaking population are far above the national average. But with those caveats in mind, CPL finds:

While these numbers are likely significantly lower outside of California in absolute terms, it is likely that these populations are overrepresented among non-filers in the rest of the country as well.

Third, qualitative research can also tell us a great deal. Work by Propel, New America, and our own team at Code for America suggests two other relevant characteristics about non-filers:

What do we know about reaching non-filers?

We’ve learned a few things in our efforts to reach non-filers to date:

Because non-filers are hard to find and hard to reach, any outreach effort will inherently have a low conversion rate...as a result, the most successful efforts we have seen target lots of people, and trust that volume to produce tax filings.

Our plans for 2021 are in line with the following items:

Overall, though, we know that reaching large numbers of non-filing families will take more time and persistent effort. The GetCTC portal is just one link in a chain that is only as strong as its weakest link, and more effort will be needed on the outreach link over time. Our primary goal this year is to learn more about what works and what doesn’t, and we will be releasing a report at the end of the filing season with more on what we learned, so we can scale it further next year and beyond.

The GetCTC portal is just one link in a chain that is only as strong as its weakest link, and more effort will be needed on the outreach link over time.

The good news is that—most likely—help is on the way. The House draft of the Build Back Better Act contains $1 billion for Treasury to improve access to the CTC, including by launching new navigator programs that will reach deep into communities and provide hands-on assistance to non-filers. These resources are critical to fully scale up our efforts.

The other good news is that next year is the main event, anyway. While families could claim half of the expanded CTC in advance by filing this year, they can claim all of it next year in one lump sum, and even the families that filed this year must come back next year to get the other half. Moreover, next year’s filing season includes the expanded Earned Income Tax Credit for childless adults, which passed in the American Rescue Plan. It’s all on the line in next year’s tax season, and our work this year is designed to get us ready for January. Through this, we’ll move towards our goal of ensuring that financial stability is equitable and attainable for everyone in the country. 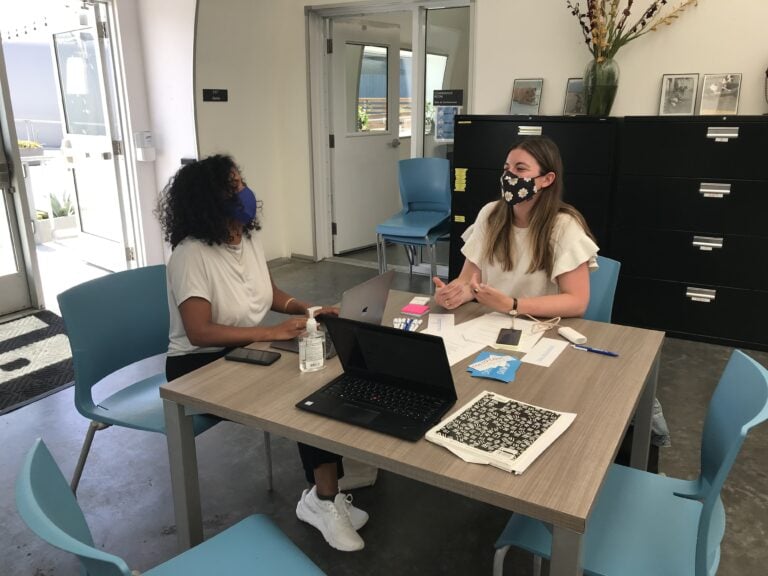