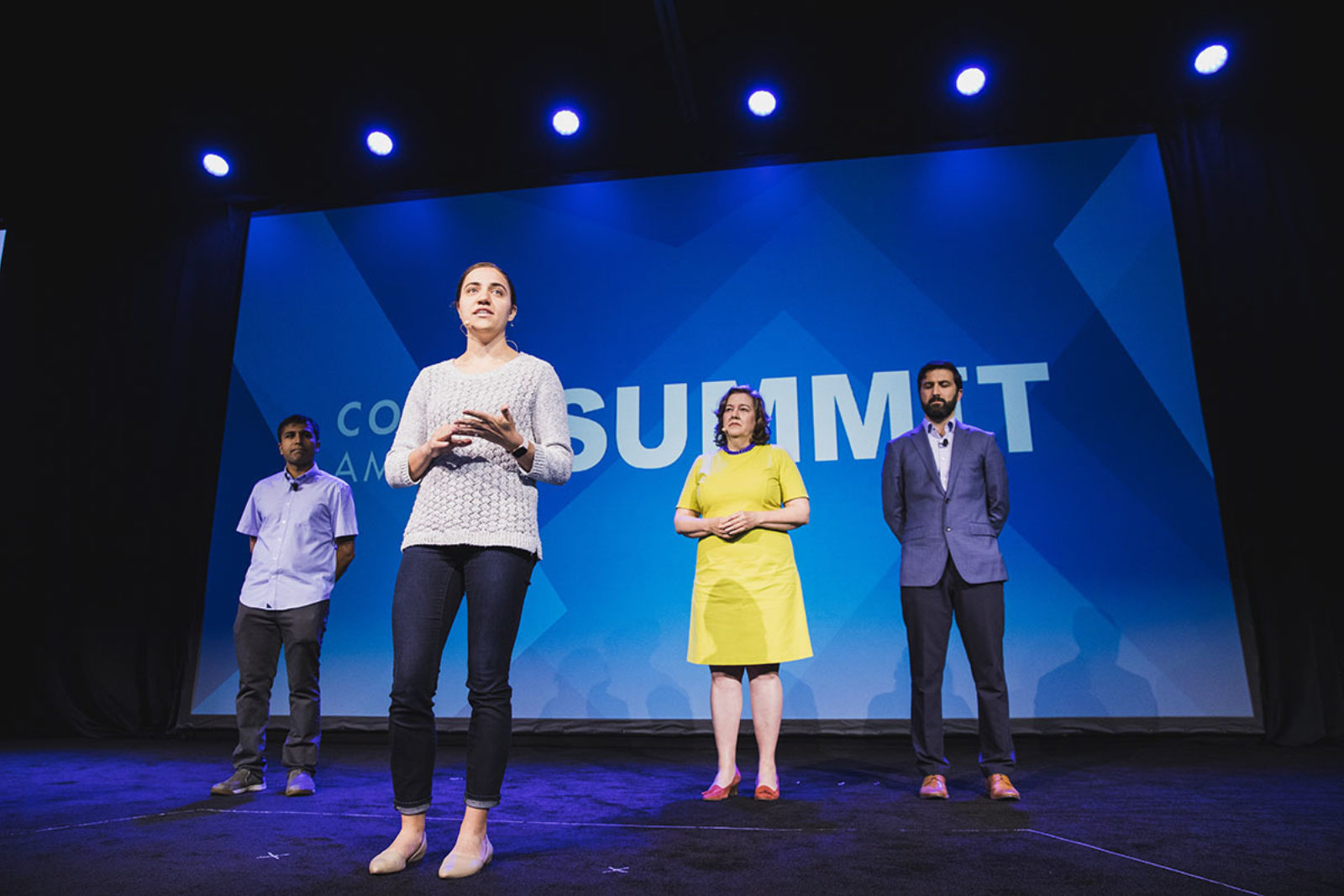 Last year, Rohan Mathur and Britney Lyons formed an inaugural Code for America Community Fellowship team to tackle the issue of affordable housing in their city. In 2016, 18% of affordable housing voucher holders had to return their voucher to the housing authority because they weren’t able to find a place to live within the city’s given time window. Austin housing prices have risen rapidly in recent years, but the affordable housing crisis is not a recent invention—it’s the end result, in many ways, of decisions made 100 years ago. What could the team do in six months to address a century of segregation and gentrification?

“This took us beyond data and technology. It touches people’s lives.”

They started simple. Working with city partners and their local Code for America Brigade Open Austin, they used the city’s open data portal to create an app that maps all of Austin’s affordable housing units. People were excited about the concept, but it wasn’t being used and they couldn’t figure out why.

Catherine Crago and Josh Rudlow are city staffers who had been trying to address Austin’s housing crisis long before the Community Fellows entered the picture. As urgent as the crisis was, they made the conscious decision not to write a single line of code until they truly understood who all the stakeholders were and what they really needed. They examined all of the information they had and realized that the data were incomplete, disparate, and often missing some of the most crucial components. They were finally ready to write code, but didn’t have the technical resources to do so.

That’s where Britney and Rohan came in. They identified a gap between the city’s multiple housing agencies, where they were collecting data in silos—hence no one using their original tool. They collected the datasets and standardized them into a single database, then built the city’s first affordable housing data hub and portal.

“Finally, we had a single source of truth about the state of affordable housing in Austin.”

They then turned their focus to bridging a second gap: the gap between the city government and its residents. They redesigned the original tool based on interviews with residents, and turned a process that took hours if not weeks of calling properties into a search tool that only takes a couple of minutes. But the tool does more than just help residents find affordable housing—it creates a feedback loop that allows government to better understand resident needs.

To hear the team’s presentation in full, watch the video or read the transcript below.

As a software engineer my job is to know how code works and how to make it run efficiently. But last year I realized that my passion is to understand how my community works and how to make it run effectively. There are two podiums in Austin City Hall. This is where I saw the truth about what my community needed. Whether it was transportation, healthcare, education or jobs, it always came back to affordable housing. People who are pushed out of the city lose out on the many benefits that Austin has to offer.

A single mother walks into the lobby of the Housing Authority of the City of Austin. She's been on a wait list for two years living in a car with her two children. We hand her a housing voucher and a stack of printed directories. We tell her that she has 90 to 120 days to use that voucher and that if she can't find a place she may have to return it, losing her opportunity for housing.

In 2016, we had an 18% turn back rate. Whether it's a single mother, a disabled veteran or a working family the right housing choice is different for everyone. We want 100% of our voucher holders to be able to use their voucher in a high opportunity area with access to the full spectrum of affordable housing. But with limited resources and limited time you might use your voucher at any property that will take it. Anywhere.

While our focus was to solve the problems residents are facing today, I found myself wanting to understand how did we get here in the first place? Austin's housing landscape is rooted in a history of racial segregation. In the 1920s, city restrictions placed on access to services divided Austin along racial lines blocking access to mortgages and other opportunities to increase wealth. Even now, Austin has one of the highest rates of income segregation in the country. Housing prices have risen rapidly pushing long time low income residents out of city completely. This knowledge was overwhelming. The problems we want to tackle were still showing the effects of decisions made 100 years ago. What could we do in six months to right the wrongs of segregation and gentrification?

We started simple. With the help of Open Austin, our local Code for America Brigade and the city's open data portal we created an app that put Austin's affordable housing on a map. But it wasn't enough. People were excited about the concept, but nobody really used it and we didn't know why.

Well before a Code for America was in the picture, our local smart city consortium, Austin City Up, launched a housing committee with the Housing Authority of the City of Austin, the city's Neighborhood and Housing Community Development department, IBM, and other tech companies and the LBJ School of Public Affairs. As urgent as the crisis was we made a conscious decision not to write a single line of code until we understood who the players are and what they need.

We asked who are the stakeholders and what are their needs? What are the existing tools and approaches? And what the available data? As a group, we realized the data were incomplete, disparate and often missing some of the most crucial components. We were finally ready to write code, but we didn't have the technical resources to do so.

We start with a gap between the housing agencies. We discovered that each of them were collecting their own data in silos. This is why no one used our original tool. It was using old data that wasn't maintained and missing a critical piece of information. So we collected four data sets from each of the housing agencies. We cleaned, de-duplicated, organized, and standardized that data into a single database. Then we created Austin's first affordable housing data hub and portal. Each agency now could maintain and view this data all in one place. Finally, we had a single source of truth about the state of affordable housing in Austin, Texas.

The next step was to share that data and bridge the second gap between government and residents. We updated our original search tool to use this new source of data via an open API. This ensures that anyone who wants to use the data in the future can have access to it. We then redesigned the original search tool based on interviews with residents. We found that residents searching for affordable housing tend to have more barriers due to issues with credit scores and broken leases. They could spend hours, if not weeks, calling properties one by one to find out if they were eligible. The new search tool shortens that process to matter of minutes. But the search tool doesn't just help residents find affordable housing. It also creates a feedback loop allowing government to better understand what residents are looking for and where.

This is a blessing. In user testing with our first 30 HACA voucher holders, seven began to cry. This took us beyond data and technology. It touches people's lives.

This tool goes live in beta hosted by the city's Communications and Technology Management Department. It is now the foundation for tracking the Austin Strategic Housing Blueprint goals and Code for America has laid that foundation. Moving forward, data and agreement are the lifeblood for a living tool that helps us make policy decisions to ensure a diverse and affordable Austin.

This project is and continues to be a huge collaborative effort that includes multiple government agencies and non-profits. It's a testament to the power of teamwork and it underscores the willingness of people to take up arms against a crisis in their community. It's also a testament to bridging gaps of information between people with data. We've strengthened the relationships between the government agencies who now have a single source of truth and a common language with which to talk about affordable housing. But even more importantly we've strengthened the relationships between government and its constituents by building a system that connects the services the governments provide with the people that their charged with serving.

Have we solved the affordable housing crisis in Austin? No. It's a systemic problem hundreds of years in the making. But can we bridge the gap between people, between a place of unknowing and a place of truth? Yes. Data can bridge that gap. And we hope that this bridge will carry the mission forward for years to come.