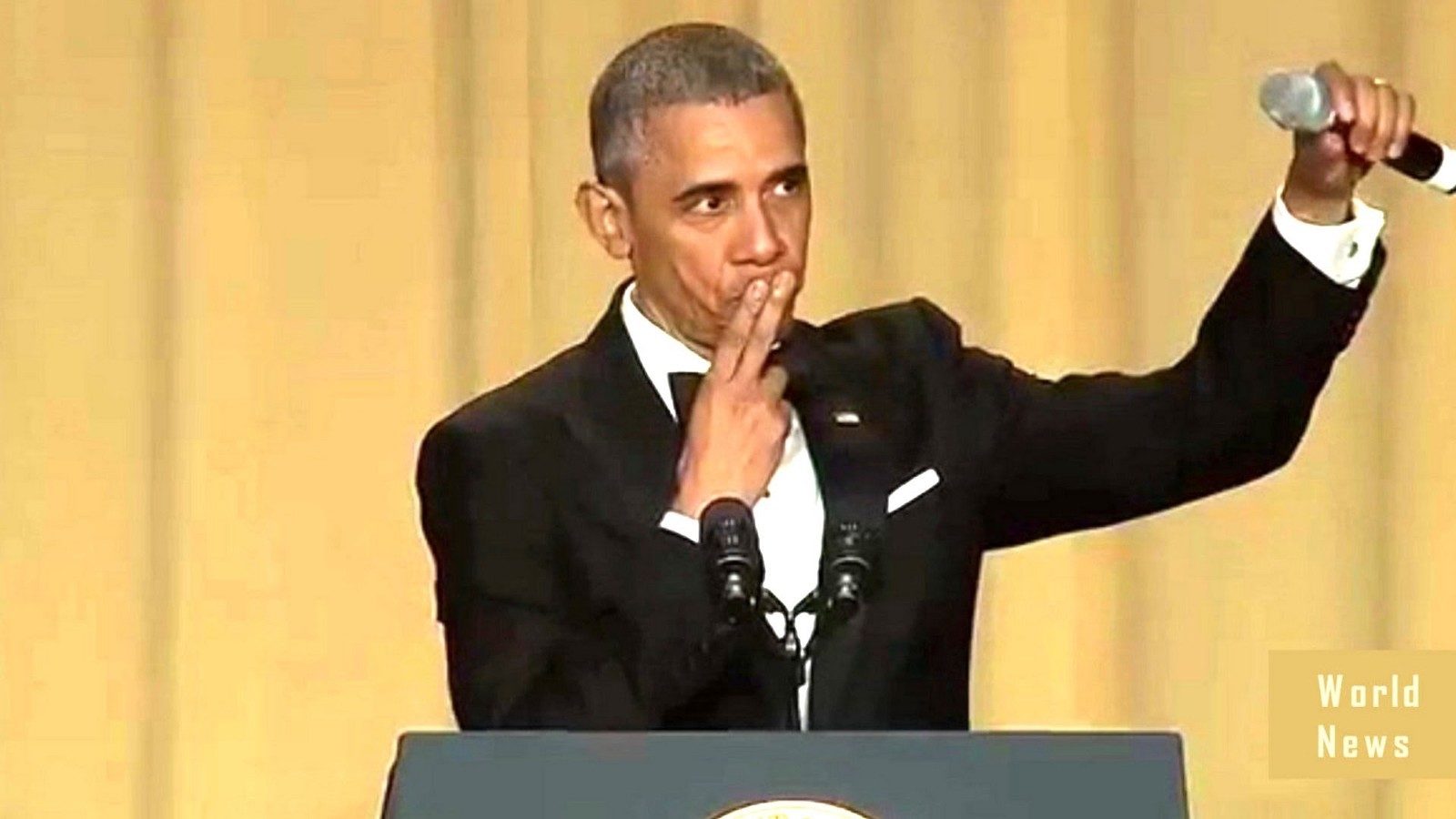 Before I tell you about last night, let me remind you of a bit of Code for America history. Back in 2009, I was working on the Gov 2.0 Summit along with my now-husband Tim O’Reilly. We were inspired by the notion that the principles and values of the web — not has it had been but as it was becoming, reemerging as a fundamentally participatory medium — could be applied to the difficult job of governing our country, just as those principles in action had helped to mobilize and organize hundreds of thousands of people to elect our first black President.

That President had in turn created the roles of Chief Technology Officer and Chief Information Officer, and filled those roles with Aneesh Chopra and Vivek Kundra, respectively. Both men were working with us on the content of the conference, and sharing with us secondhand what their boss, the President, thought the agenda should be. On one conference call, Vivek shared with Tim that the President thought these ideas about government as a platform were good ones, but that he thought the outcome of all this thinking about the future of government in a digital age should go beyond talk and be more than just a conference. He didn’t specify what he meant in that moment, but he challenged us as the conference organizers to take this further, to act. His words came to me second hand (or maybe even third, I don’t recall), but they stuck with me. Our President had asked for something, and it felt like our duty to provide it. Code for America was born in part from his words.

So much good has come from the President’s words and the actions they inspired through this movement. Actions taken by tens of thousands of people: everyone on the Code for America team, volunteers in Code for America Brigades and other groups around the country, 150+ fellows, our partners and allies in local government, our brothers and sisters in federal government, especially those in USDS, 18F, the Presidential Innovation Fellows program, and the agencies they serve. But last night, the President’s words contained new marching orders, and they must now inspire their own actions.

Most of what he said was not new, and was meant to strengthen our resolve to continue what we started. Let’s start with those words.

“Change only happens when ordinary people get involved.”

In 2009, when I first quit my job to start Code for America, it was clear that government needed to change how it operates to be relevant and effective in a new era defined by digital communications and capabilities. Eight years later, there’s no denying that’s happening, and that it wouldn’t have happened without a whole lot of ordinary people who became extraordinary when they decided change was not someone else’s job. Some of them decided to take a chance on a crazy program called Code for America, and some of them continued on in government afterwards. Michael Evans was the first Code for America fellow to take a job in government after graduating, and today he’s still making City Hall work better for Bostonians as a designer and program director. Others decided to organize their communities around this vision, and formed local Brigades and Hack Nights. Jill Bjers was one of those, and today the volunteers she and Jim Van Fleet organize build and maintain ways for the people of Charlotte, NC to interact with their city government that are simple, beautiful, and easy to use. Still others have built companies that bridge the gap to the 21st century for government. Dan Getelman, Tiffany Chu, Sam Hashemi and Danny Whalen are doing that at Remix, wowing the world of public transit two years after completing successful Code for America fellowships. Each of these people and many thousands more decided change was up to them — and look at the change we have made, together!

More of the President’s words last night reflect how I feel about this community we’ve built:

What a radical idea, the great gift that our Founders gave to us. The freedom to chase our individual dreams through our sweat, and toil, and imagination — and the imperative to strive together as well, to achieve a common good, a greater good.

That’s what I see when I picture the Code for America network: each of us chasing dreams of the change we want to see in the world, connected around the idea of a common good, a greater good. But I also hear in the President’s words a call to do better.

If something needs fixing, then lace up your shoes and do some organizing.

Our nascent network is valuable, but it isn’t yet as well organized as it could be. We have work to do to frame and cultivate the connections between Code for America’s activities within our brick walls and the work of Brigades, other volunteers, digital service units in governments at all levels, startups and established companies, procurement reformers, and the pipeline of tech talent into government. We need to study Becky Bond and Zack Exley’s Rules for Revolutionaries and create the ways in which everyone who believes in the vision of government that works for the American people in the 21st century can help bring that vision to life, meaningfully. We need to honor the big ambitions of our community and make the big asks. I challenge our team to rise to that occasion this year, and to find ways to fulfill the promise of Code for America as a platform for anyone who wants to be a part of this change.

Here’s another thing the President wants us to do better: unite . Last night, he continued to signal his unflagging commitment to treat the incoming administration with respect. He admonished the audience clearly and firmly when his remarks about the upcoming change in power were met with boos from a loyal audience.

In 10 days the world will witness a hallmark of our democracy. (Audience boos.) No, no, no, no, no. The peaceful transfer of power from one freely-elected President to the next. I committed to President-Elect Trump that my administration would ensure the smoothest possible transition, just as President Bush did for me.

Then, he repeatedly called for us to reach beyond our comfort zones and seek understanding with people whose political beliefs might differ from our own.

For too many of us it’s become safer to retreat into our own bubbles, whether in our neighborhoods, or on college campuses, or places of worship, or especially our social media feeds, surrounded by people who look like us and share the same political outlook and never challenge our assumptions.

The President asked us to find common ground and “a basic sense of solidarity” with people with whom we may disagree.

Understand democracy does not require uniformity. Our founders argued, they quarreled, and eventually they compromised. They expected us to do the same. But they knew that democracy does require a basic sense of solidarity. The idea that, for all our outward differences, we’re all in this together, that we rise or fall as one.

We in the Code for America community are incredibly well-equipped to find common ground. In fact, we’re standing right on it. On Monday, I met with Congressional staff on the budget committee, armed with a passionate plea to continue and even invest further in the USDS and 18F, only to find my plea was unnecessary. These and other Republican leaders already know that digital competence in government is good for the American public, and they’re already looking for ways to double down on it in all the areas I care deeply about. Instead of talking about why or what, we spent the meeting talking about how.

Then we snuck over to the Capitol, where a friend who works for the Republican leadership gave us an inspiring behind-the-scenes tour. This friend has been a an active supporter of Code for America and our movement for years, while working for Republican leaders in Congress. Whenever I see this friend, I am reminded that I don’t compromise my values when I work with someone whose political beliefs differ from mine. In fact, I’m doing what I’m supposed to do as a citizen, and what the President wants me to do and has tried so hard to do himself. Now we as the Code for America community must find courage and do this actively.

We are also incredibly well-equipped to build on this common ground because of the core values and practices of Code for America. Learning to communicate and work with people who think differently than you is an experience common to every Code for America fellow, Brigade member, government partner, and member of our staff. Every one of us has encountered people we believe “just don’t get it” when it comes to how government should operate in a digital age. Every one of us has found ways to not just reach those people and convince them of what we have to offer, but to realize what THEY have to offer us, and to learn as much as we teach. Perhaps this is exactly the training we needed to rise to the occasion of this moment in our nation’s history.

There are many other things the President said last night that will stay with me my whole life, including the incredible feelings of solidarity, love, and hope that pervaded the vast room (along with the inevitable tears). But there is one more marching order I will call out.

So regardless of the station we occupy; we all have to try harder.

Everyone in that room felt this, I believe, but it was another moment when I was absolutely certain the President was staring into my eyes and speaking directly into my ears. For all the pride I have in what we have achieved, we don’t get to choose the size and shape of the challenges we face, and as a nation, we are facing some biggies. I am going to have to try harder, continuing to close any gaps in the alignment of our goals and our team, and continuing to build the base of support we need. And everyone at Code for America and in our network is going to have to try harder and to set bigger goals, the most important of which is how to grow our reach and prove our relevance. We have to serve and work with more people, and we have to hold true to the mantra of “with, not for.” As we grow, we must hold ourselves accountable to increasing our leverage, not just plugging holes. We must strive towards scale, and we must scale through networks and communities because we cannot achieve what we were meant to achieve without the help of everyone who is willing and able.

President Obama ended his speech with an ask:

I do have one final ask of you as your president — the same thing I asked when you took a chance on me eight years ago. I am asking you to believe. Not in my ability to bring about change — but in yours.

As I said in the beginning, his words were directed at me, but for me to share with all of you. YOU have the ability to bring about real change at a massive scale. The President believes it. I believe it. And I’m asking you to believe it too.