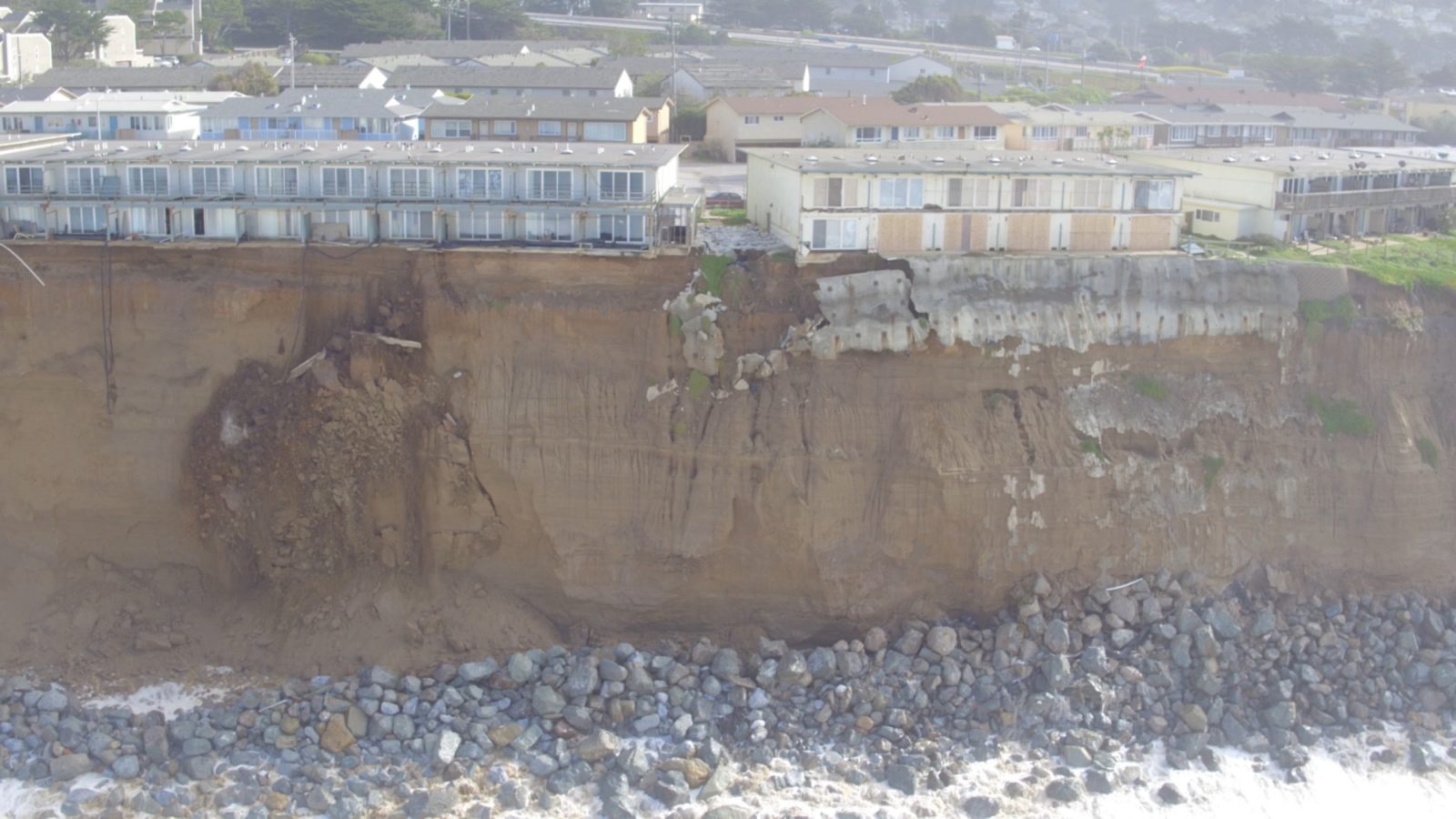 “Don’t it always seem to go that you don’t know what you’ve got till it’s gone. ”

I was at a cross country meet last weekend with my daughter, waiting in line for the concessions stand to open while the half-dozen eager and frenzied parent volunteers staffing the booth scrambled to satisfy the health inspector and her lengthy compliance checklist. I stood there for about 10 minutes at the front of the line and watched parents arrive, hoping to get a cup of coffee (it was 7 a.m.) or a granola bar for their kid after their race, and ask what the holdup was. Each time, another parent would gesture at the chaos inside the pop-up tent and say “health inspector,” and the new parent would mutter contemptuously “Ugh, government.”

Bashing government is a cheap and easy pastime. Sometimes it feels like government makes this far too easy; if you’re low on ammunition at the moment, take a stroll through this incredible thread Dave Guarino started on Twitter about why so many government websites keep business hours. Or just get caught in the criminal justice system.

Suddenly, it feels like a chorus of voices are singing that song, and they’re starting to harmonize beautifully. I’ve only read (or to be accurate, heard, because it was available only as an audiobook) the first two chapters of Michael Lewis’s , but I can tell you: it’s fantastic. (>em class="markup--em markup--p-em">Update: it’s the last two chapters, not the first. I’ve now read the book. It is indeed fantastic, but dark.) The writing captures you from the first moment, and while you eventually realize that the book is a sober warning about what’s in store as Trump appointees execute their agendas in federal agencies, the beginning reads as a love letter to government and public servants. In full disclosure, one of the two characters we are introduced to at the beginning is a dear friend of mine: DJ Patil, who served as the first US Chief Data Scientist under Obama, and for whom I already have enormous admiration. But getting to know former National Oceanic and Atmospheric Administration (NOAA) Administrator Kathryn Sullivan through Lewis’s eyes is a real treat. I was reminded of how shallow celebrity is in our society; Sullivan is the kind of person our children should want to grow up to be (and not just the girls). If we knew more about her character, the kind of work she does, and her passion, brilliance, and dedication to the public safety of all Americans, perhaps fewer people would reflexively mutter “Ugh, government.”

Sullivan is a hero of the book, as is NOAA, as is, in some ways, the rest of the US Department of Commerce (under which NOAA sits). Many years ago, I’d heard the anecdote of a US Senator asking openly, “Why do we need NOAA when we can get our weather from The Weather Channel?” Lewis unpacks that sentiment, both the ignorance behind it and the intentional profiteering that feeds and leverages it, while painting a beautifully nuanced, up-to-date portrait of why exactly we need NOAA and how effective the agency really is. I frequently say that government doesn’t work as it should in a digital age, but listening to the ways in which NOAA scientists have been steadily improving the data and algorithms that help us predict the weather and saves lives schooled me. NOAA works pretty damn well in a digital age and what wounds it has suffered (and frighteningly, the wounds yet to come with Accuweather’s Bart Myers nominated to lead the agency) are inflicted not so much by a stultifying bureaucracy, but by companies like Accuweather who simultaneously take advantage of NOAA’s data (collected at taxpayer expense), disparage the agency, and seek to make access to weather forecasts and warnings a luxury for those who can pay, rather than a public good. Here we have this incredible asset that literally saves lives and drives our economy every year, and the American public (and some of its senators) barely know it exists. We love the weather apps on our phones, though!

Mariana Mazzucato knows NOAA exists. Her 2011 book The Entrepreneurial State made the case that the much of the economic success in the US and UK is a result of public and state funded investments in innovation and technology; she recasts government as the hero of our economy, not the villain. She’s out with a new book called The Value of Everything, and while it focuses more on the need for a broader re-evaluation of the sources of value in the modern economy — who creates value, and who merely extracts it — she repeats those core themes of government as the critical and underappreciated actor in the lives we all lead.

Mazzucato examines the current narrative in which government should get out of the way and let the “value creators” of the private sector do their work, and draws a stark contrast by showing how industries from finance and pharma to Silicon Valley have been built through long-term, mission-driven government investment. And yet a flawed, self-serving theory of how the private sector and government work together allows these industries to claim an outsized share of the gains. It’s time for a new bargain, she argues, in which companies see paying taxes and fair prices to consumers as a return to the public investment that makes their success possible.

Pioneering venture capitalist Bill Janeway’s book Doing Capitalism in the Innovation Economy also sounds the theme of government as a fount of innovation. He describes the innovation economy as a three-player game between government, the market for goods and services, and financial capital. He makes a powerful case that an innovative economy requires all three players.

Mazzucato, Janeway, and Lewis help enormously with the public sector’s self-esteem problem — or maybe just its unfairly bad rap — in comparison to its flashier sibling, the private sector. Anand Giridharadas’s Winners Take All takes aim at the third sibling: philanthropy. While the book isn’t at all a love letter to government, what it shares with The Fifth Risk is a stern warning of what we are in the process of losing. He argues that certain kinds of philanthropy increasingly allows decisions about equality and opportunity in our country to be made outside of democratic processes, by both wealthy people and wealthy companies. Part of the impact of these kinds of philanthropy is that corporations get a pass on the enormous damage they do in exchange for a dose of “giving back” that pales in comparison, and part is the harmful narrative of government incompetence relative to heroic and dynamic social entrepreneurs and corporates. (See also Marshall Ganz’s takedown of the impact of social entrepreneurs. Warning: paywall.) Giridharadas wants to play the pure critic here, but he earns his place in the government booster club right in the prologue:

“Are we ready to call participatory democracy a failure, and to declare these other, private forms of change-making the new way forward? Is the decrepit state of American self-government an excuse to work around it and let it further atrophy? Or is meaningful democracy, in which we all potentially have a voice, worth fighting for?”

By exposing the injustices and the delusions of the alternative, Giridharadas helps us remember that our democracy, which requires a functional government, is very much worth fighting for.

If it feels like love for government is having a moment, and not just among academics and economists, it’s high time it came. As a nation, we’re late to the game appreciating the value of government, even with eyes wide open about its flaws. I hope the cheerleading continues. I hope Lewis, Mazzucato, Janeway, and Giridharadas are part of a new and growing pro-government posse, and in particular, I hope Lewis’s skill in celebrating of the wonders of government, and the people who make it work, inspires many imitators. Because the reason these authors and others are speaking up now are the very real threats to what we take for granted, and those threats take many forms. Lewis is focused on Trump appointees while Giridharadas takes on what he calls “Market World,” and there’s plenty of blame to go around. But at the end of the day, it’s the American public — you and I and everyone else in this country — who had better figure out what we’ve got before it’s gone.

If you want to hear more, Anand Giridharas and I will be discussing his book and the fight for meaningful democracy at an event in San Francisco on October 24th.