For our “Leading the Field” Q&A series, we’re speaking with leaders in the civic/gov tech space who are driving important change to make government work by the people, for the people, in the digital age. For Asian American and Pacific Islander Heritage Month, we’re lifting up the voices of AAPI leaders who are working to ensure the government can serve everyone equitably, with dignity and respect. This week, we spoke with Aditi Joshi, a Senior Design Researcher for Clear My Record.

As a design researcher, what do you think about when you begin the process of changing a system to be more equitable?

When it comes to most government services and systems, the people most directly impacted are usually not involved in the design, creation, or implementation of them. When shifting towards equity, I think about ways to center those voices. I think about sharing my own power with folks most directly impacted. And I think about ways that we can support the healing of people and communities who have interacted with the system. For me, this works as a sort of three-step process.

The first thing I do is interrogate the service that I’m working within and truly ask, what is the systemic inequity? What are the historical conditions that allowed that inequity to come to be? Systems like white supremacy have more power if they sit in the dark, so it’s important to name and bring inequities to light. It’s harder to work towards healing when you can’t name or see the harms.

After understanding the inequities within the system, I think about power. I ask myself: What power do I have in both my individual identity as well as my positionality as a design researcher working within the system? This includes asking where I have access to certain spaces or decision making authority. As a ‘technologist’ in civic tech, I am often in rooms where I am asked my opinion on the technological feasibility of certain policies. Having this seat at the table allows me to use technology as a Trojan horse to bring equity into the conversation. For example, in these spaces, I have a responsibility to call out the ways technology can perpetuate inequities—because even though technology can be seen as ‘neutral,’ it never actually is (we’ve seen examples of this in the biases found in facial recognition, risk algorithms, and more).

Once I understand the existing inequities in a system and my own power in the situation, I ask myself, what are ways that I can work to shift and build power to create more equity? This question is crucial because, in an ideal world, those most directly impacted by certain policies, products, and services would be the ones designing and building them. Ensuring that folks who are most impacted have decision-making power in my process puts them at the core of our work—and overtime, that can begin to create more equitable systems.

How does your work in the criminal legal system cultivate systemic transformation?

The criminal legal system is inherently racist; policing is founded in slave patrols, Black men are incarcerated at much higher rates than any other population, and the overarching trauma of the system leads to poor health outcomes for those impacted. We don’t need any more research. We have years of evidence that policing and incarceration don’t work. For me, the more pressing question is: How can I work towards dismantling these systems?

Code for America’s work in the criminal legal system aims to shrink the system and its reach. Our work helps those living with convictions attain better material conditions (through access to jobs and housing previously inaccessible) by providing record clearance automatically, as opposed to the petition-based system, which does not work for those who need it most. I also recognize that there is more to be done. We need to radically re-imagine what public safety looks like and envision a world in which we’re not bound by the current systems we have in place.

A lot of your work involves inviting people to tell their stories. Where does storytelling fit in efforts to enact policy and systems change?

There are certain folks, hidden and pushed to the margins, who we are taught not to see. This happens by design; look at the way we over-police and incarcerate poverty or sweep people who are unhoused out of city streets. I view storytelling as a way to make those people more visible, and to uplift experiences that are otherwise not heard. To do this, I try to be extremely intentional about not being the storyteller—to instead let folks speak in their own words. That might mean using direct quotes from individuals, or, even better, it would be asking people to share their stories themselves.

For example, over the past couple months, as a part of our legislative advocacy efforts, we have been organizing research participants to tell their stories during legislative hearing testimony. These stories have powerfully demonstrated to stakeholders why they should pass automatic record clearance legislation. The participants have said they found the experience of telling their story empowering because they shared in a way that makes true change for themselves and their communities. We’ve also begun the process of sharing these stories more broadly through an audio series that will highlight each individual’s experience. This allows those who are directly impacted by the criminal legal system to shift the conversation about the importance of record clearance on a more public stage.

What are the stories you tell about yourself and your community? How do those stories influence your work?

I’m a proud daughter of South Asian immigrants who left their country because they bought into the idea of the American dream and the myth of meritocracy. South Asians have had a fraught relationship with the label of Asian American, but what’s clear is that our belonging in this country is fragile.

More than anything, I’ve come to realize the power of solidarity across all people experiencing oppression. White supremacy works by dividing individual identities, but in truth, “none of us is free until all of us are free.” Our struggles are all interconnected, from police murders and violence against Asian Americans (including South Asians) in the United States, to the struggle for liberation in Palestine and farmer’s rights in Punjab. When we’re able to stand together, we’re able to stand stronger.

I’ve been heartened to see the way Asian Americans have stood in solidarity with BIPOC folks by recognizing that more policing will not keep us safe and will never stop the harm that has happened in the Asian American community. Organizations like the Oakland Chinatown Safety Team and the Red Canary Song have called for community-led solutions created in collaboration with other communities of color. It’s in these acts of solidarity that we begin to dream of a new world that cares for all.

My work is deeply personal because it pushes me to continually ask myself what role I, as a South Asian femme, play in the liberation of all people, not just South Asians. It means using the privilege that I have in the service and spirit of others. It’s slow, hard work, but, for me, it’s also the work of healing and transformation. 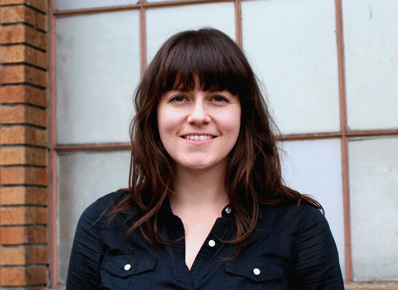