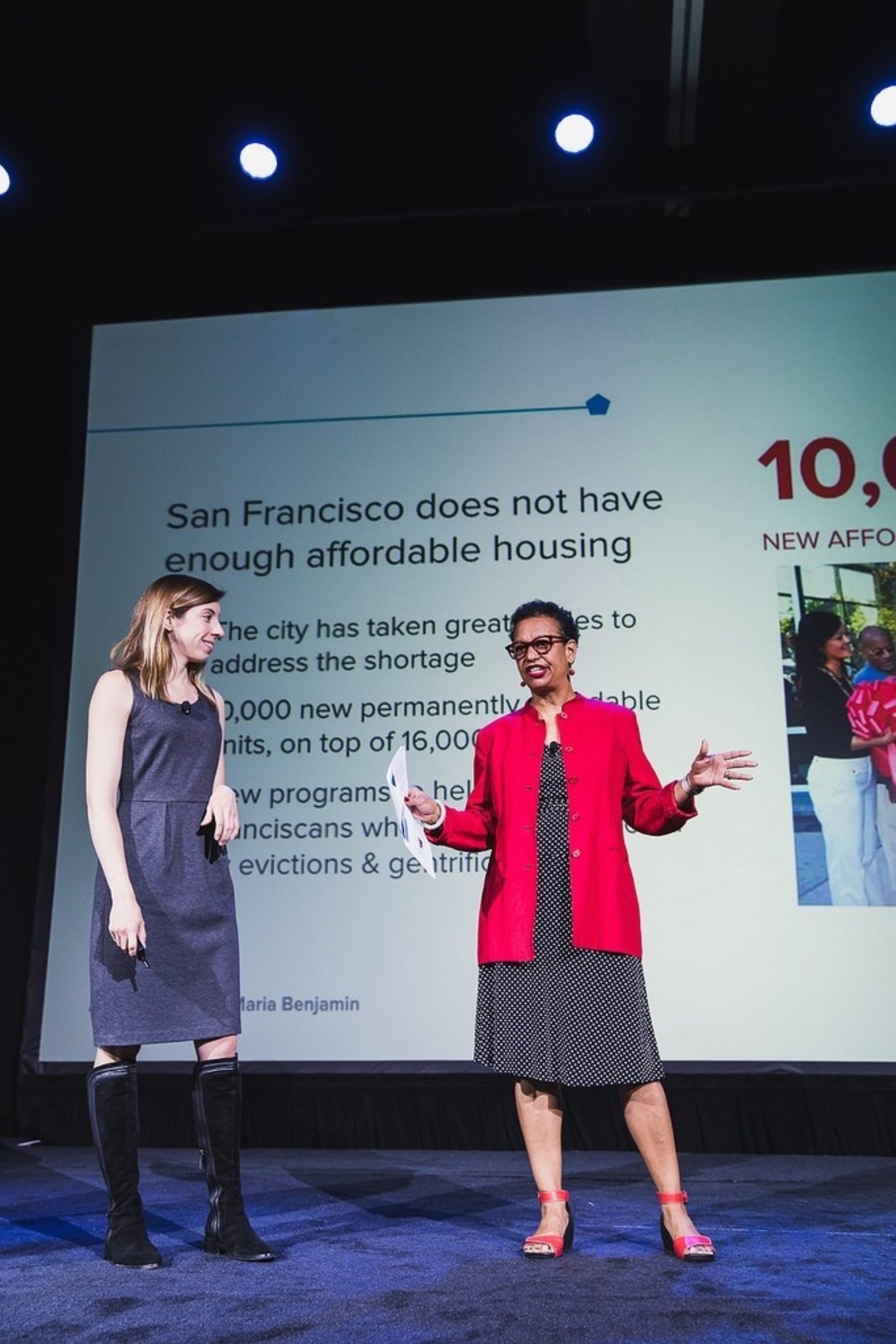 At Code for America Summit, Ashley Meyers and Maria Benjamin took the stage to tell us their story of delivery-driven government in action: how a new digital service changed a government team’s approach to policy itself. Ashley is a product manager with San Francisco Digital Services , and Maria is the Director of Homeownership in the Mayor’s office of Housing and Community Development .

It’s no secret that there is a shortage of housing in San Francisco. The city has built policies that give preference in affordable housing lotteries to vulnerable populations, and wanted to build a digital service to implement changes to get people into those units. They also took that opportunity to redesign the entire experience of applying for affordable housing, away from loads of paperwork (and paper raffle tickets!) to a user-friendly, streamlined digital experience — one that saw 86% digital take-up in its very first pilot. In doing so, they were able to examine what was working in delivery and what wasn’t, make changes to the policies themselves to address those issues.

“What we’re able to do is take agile development and not just use it for web-based products but use it for policy and procedure to see if it’s working for the people.”

This adaptable, flexible approach only became possible through culture change — a shift to the idea that they needed to not just make things easier for government staff but for the people they serve. They took the new system and used it as a catalyst to change policies and procedures that had been in place for an incredibly long time. And now that the culture has shifted, their sights are set even higher: on using the delivery data to inform the actual housing they build.

To hear more about the project, watch the video below.