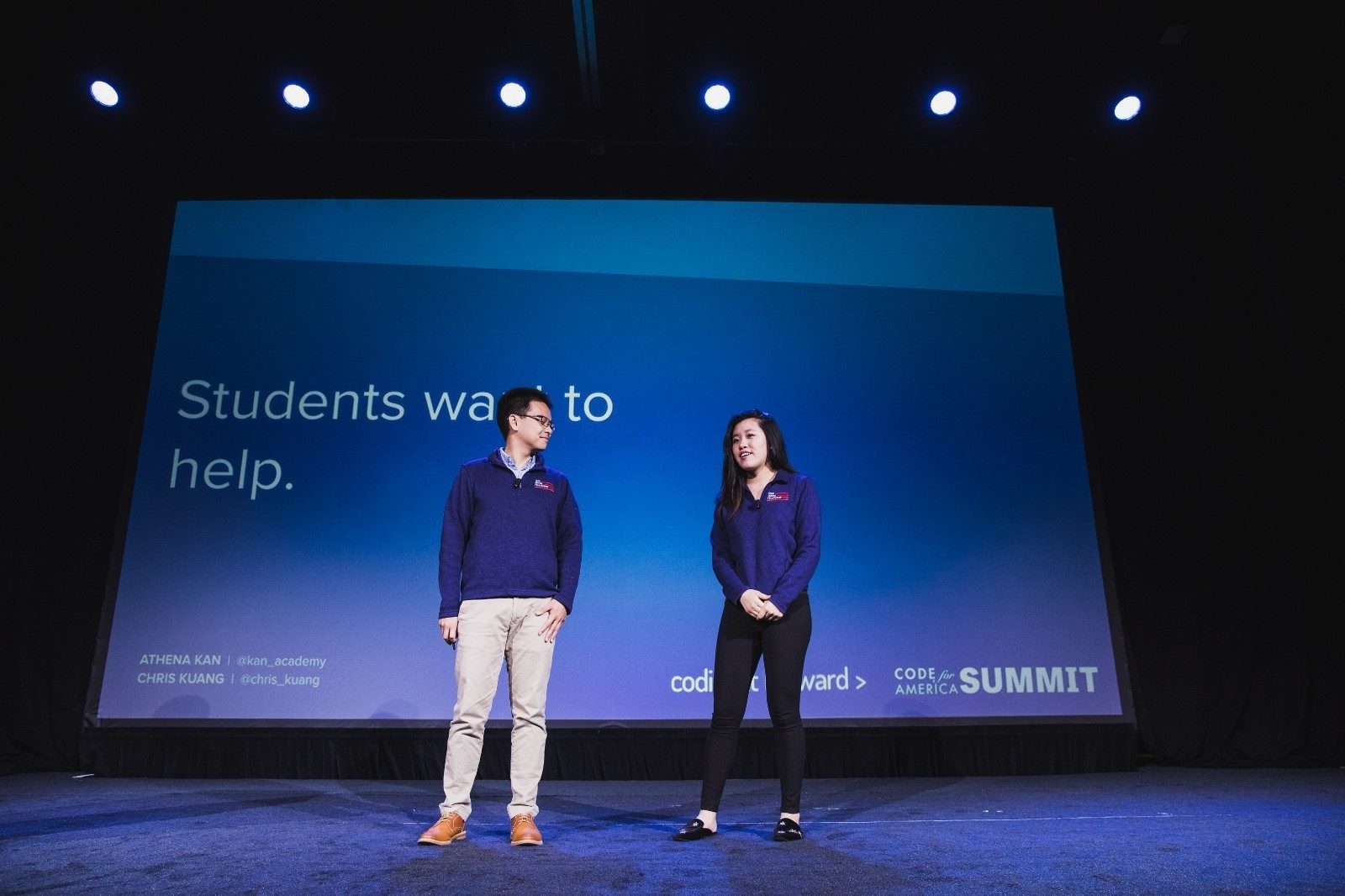 To close out Code for America Summit, Athena Kan and Chris Kuang of Coding It Forward addressed the myth that government can’t or won’t attract great technical talent. Chris and Athena were expecting to head off to technical internships in for-profit companies, but were moved and inspired by stories of tough challenges with real impact on the public. They realized they couldn’t be the only young people who might be swayed to explore a different career path from stories like these, and founded Coding It Forward open those same doors to their peers.

“Technology in government is sexy, challenging, and most importantly, impactful beyond compare.”

They established a Civic Digital Fellowship program — an alternative to engineering and design internships at tech companies created for students, by students, with the partnership of the federal government. The fellowship is so compelling that students have even turned down shiny tech company offers (and all the perks that come with them), or even deferred their graduations to spend a summer “hacking the bureaucracy” with Coding It Forward in Washington D.C. When they put out the call for these fellowships, they received more than 1,000 applications from students across 175 colleges and universities.

“Our generation is here because we envision a world where civic tech and public service is aspirational… Because we know there’s simply too much at stake to stay on the sidelines.”

Too many young people feel that working at large for-profit tech companies is their only career option — because of a lack of awareness around civic tech, even the most mission-driven talent often goes to the private sector and never looks back. If we can bring more awareness to the civic tech movement, more young people will be inclined to work on projects that will touch the lives of every American.

“We’re going to refuse to stand for the status quo where government continues to lose trust and credibility simply because of bad technology.”

This generation is incredibly passionate and motivated, but it doesn’t mean they won’t need help. Older generations in the civic tech space need to think about how they can help sustain this movement, whether it’s starting an internship program, mentoring a student, or connecting with a local college or university. By doing so, you might just end up inspiring the digital leaders of the future.

To see Chris and Athena’s inspiring presentation in full, watch the video below.