Innovating Inside the Lines

Marina Martin loves dry erase boards. So much so, in fact, that where most people would list in their bio a spouse or a beloved pet, she referenced her white board collection.

Marina joined the Veterans Administration in 2013. She was only the second Chief Technology Officer the department had ever had. She was given a bold mission: to “redesign the art of the possible in how our country serves our nation’s veterans.” To do that, she was given a headcount of zero, an operating budget of $0, and an office budget of $100, not even enough money to buy a single government-issued dry erase board.

Over the next three years, Marina went on to secure a budget, a headcount, and ultimately a completely reimagined digital experience for veterans. At the 2016 Code for America Summit, coincidentally also her last week in service at the VA, Marina shared her story. Here are eight lessons she learned as she navigated her way through the department. 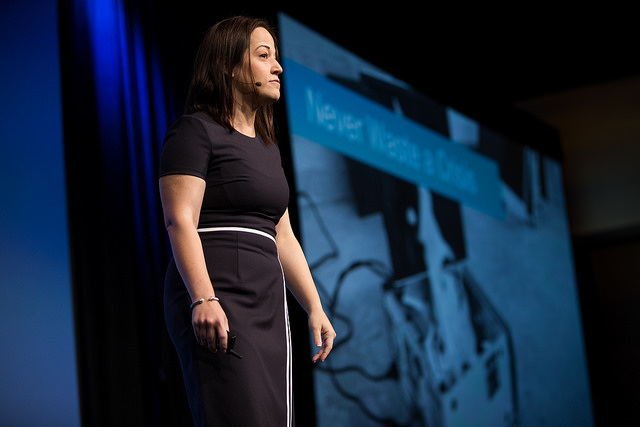 Lesson 1: Start wherever you can

Marina soon learned that no one wanted the new employee with no staff and no budget to come in and take over their multimillion-dollar IT project. First, she would need to find a way to build influence and prove her value to the department.

You may recall the story of a man, Kyle MacDonald, who famously traded a single red paperclip for a house, making 14 incremental trades along the way to reach his goal. Martin’s paperclip turned out to be coded folders. She noticed that people were constantly losing track of green folders, nicknamed “green packs,” which contained letters sent to the VA by members of Congress and other VIPs. The folders circulated throughout the office for approval, but in the process were constantly getting lost. To fix this problem, she built a simple Ruby on Rails app and gave each folder a unique barcode, making them trackable as they moved between offices. This eliminated the constant frustration of looking for missing folders and transformed her, in the eyes of her colleagues. “Because I could make a barcode, I was now a magical genie,” said Marina.

By solving this paper-clip-sized problem, she began to build political capital with those with outsize influence: the administrative assistants.

Lesson 2: Paint a picture of the future

Next, Marina set to work on winning over the rest of the agency and helping them see what was possible. She gathered key allies from throughout the department and began sketching out a vision for the agency on a series of Post-it notes. They asked big questions like:

Based on those Post-its, Marina and her team made a well-designed publication detailing that vision that she could give to senior leadership after each of her initial meetings with them.

A few weeks later at a senior leader offsite, Marina noted that every single person had the publication peeking out of their binder. When the Secretary read it, Marina was given a headcount of two.

A couple of months later, the VA planned to launch the GI Bill Comparison Tool, a new website that would help veterans understand how much money they had to go to college. This was the first site to be launched by the administration after Healthcare.gov, and like Healthcare.gov, it did not work.

In the ensuing panic, they remembered what Marina could do with a barcode and reached out to her and her small team, to see if they could help fix it. In just three days, they rebuilt the tool from scratch and put it on GitHub Pages to ensure that it wouldn’t go down in the short term. The tool has since been expanded and rebuilt with a different service, and has helped millions of veterans figure out their GI Bill benefits.

Marina, meanwhile, was still operating on zero budget. She had been given a headcount of two, but she hadn’t figured out how to fill these open slots given the VA’s restrictive hiring rules. Yet, she had proven that having technologists around could be handy, or more specifically, they “could magically make a million dollar IT project in 3 days.” No small feat.

What Marina really wanted to work on, the project that drew her to the VA in the first place, was streamlining the disabilities claim process. At the time, two different departments handled this process, a team that did disability exams and a team that reviewed the results.

The problem was that the two teams didn’t talk to each other. Marina traced the experience of an individual through this process and put together a proposal to build technology that would help close the gap between the different departments. Because no one was minding that gap, no one fought against the proposal. With help from some great contractors, she made a “TurboTax for disabilities claims,” which turned what had been a five-inch-thick stack of paperwork into a basic web wizard. It made the process dramatically easier for all parties.

Marina had successfully made the case that you could build user-centered technology, using an agile process, affordably, within the government. She was awarded a multimillion-dollar grant from the VA Center for Innovation to build this and other digital service projects. But she still couldn’t hire.

Lesson 5: It’s all about talent (and documenting barriers!)

Marina’s next move was to diligently document all the barriers she had encountered in trying to hire developers. She went to the Office of Personnel Management (OPM) and told them flat out:  “You literally can’t get a developer through this pipeline.”

OPM looked at her exhaustive documentation and at the remarkable work she was doing for our nation’s veterans. They gave her 75 headcount and a special way to get developers through the hiring process.

She still needed internal support to get those hires through, however.  Even with the special hiring authority, it took “politely stalking” the new Deputy Secretary, Sloan Gibson, and sharing the vision document from Lesson 2 that finally got her the support she needed. “A mere eleven months later,” Marina welcomed her first Digital Services team members (including Code for America alumnus Kavi Harshawat!). 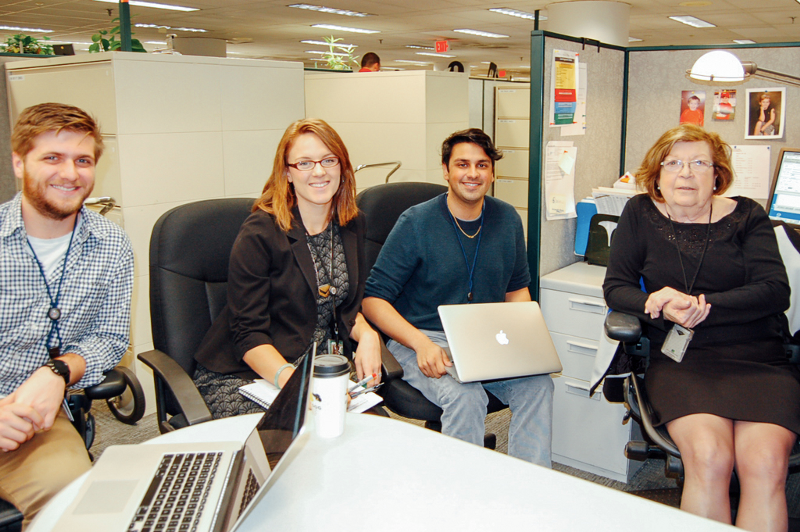 Lesson 6: Pave the way for others

With the team in place, Marina could have had a working website up pretty quickly. Instead, she instructed her team to tackle every obstacle openly, so they didn’t end up with special permission to do things differently that no one else could benefit from. Though they were told “you can’t use the cloud, because you can’t put it in an evidence bag,” and that a modern DevOps environment was either impossible or illegal, they worked through these challenges. Now they deploy multiple times a day to production, a far cry from typical government processes. “That’s because they were persistent and they worked through the policies to change it, so that everyone else could build apps that way too,” said Marina about her team.

Lesson 7: Show what your users see

A key part of Marina’s vision was that a veteran would have one digital place they could interact with the VA, instead of hundreds of different websites. That seems fairly intuitive. However,  it was often hard to get buy-in because the people Marina and her team were talking to couldn’t see the problem from the user’s perspective.

What changed to make it possible? Marina’s team found Dominic, a homeless veteran who was repeatedly unable to access healthcare services from VA and had written President Obama for help. They visited him in person and recorded him trying to use the application for health benefits one more time.

In that video, it became clear that because he didn’t have the most up-to-date version of PDF viewer, the form wouldn’t even launch, and that had happened to him every time he’d tried to apply. (In fact, users had to have the exact right combination of web browser and Adobe Reader, which the majority of users did not.) To Dominic, this felt like a process that went “around the corner and over the meadow and tries to lead you in a back door blocked by spikes and IEDs.”

Marina characterized this frustrating experience as “average,” before her team fixed it. When Dominic called the VA, and they told him they didn’t know how to help him, he describes it more succinctly. “Wow, you people just told me to go f@#k myself.”

Showing this video of Dominic to the VA leadership changed everything. By sharing his experience, they painted a picture of what needed fixing and got the buy-in they needed to begin building out the new Vets.gov. They came back to the leadership with another video, this time of Dominic experiencing the new Vets.gov. “This is very straightforward,” he said in the video, as he began to actually apply for healthcare.

The site Marina’s team launched in beta in November 2015 was only a start, true to the iterative, user-centered process we promote at Code for America. “We continue to add functionality driven entirely by the needs of veterans every month,” said Marina, with obvious pride.

Marina closed out her inspiring talk with a nod to where she started, and the bittersweet news of her leaving the VA with the end of the Obama administration. After years of incredible persistence, ingenuity, polite stalking, and championing users, she would gracefully hand off the VA Digital Service to its new leadership. But before her last day, as a fitting symbol of her team’s success, the VA Board of Appeals presented her with, at long last, her very own dry erase board.

This story is based on a presentation delivered at the 2016 Code for America Summit. You can view the full video of Marina’s presentation here.