To give you a sense of how much the program has grown, here’s a picture of the first Captain’s class. 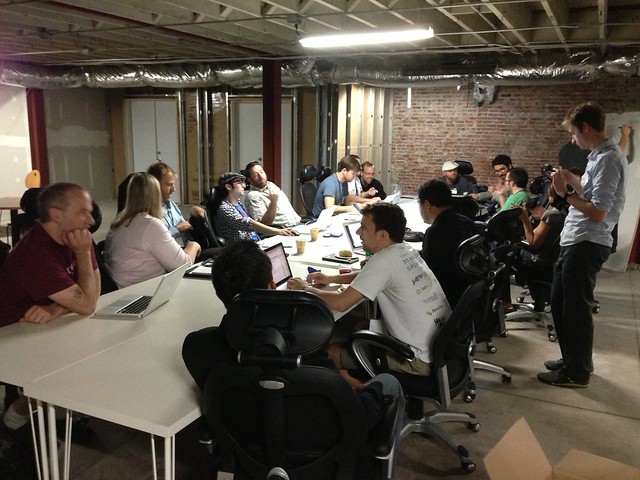 And here we are today…

And this isn’t even all of the Brigade…

With the number of Brigades expanding at a rapid pace, we needed new coordination structures in order to effectively manage the program.

At the last Code for America Summit in October 2013, we discussed the idea of having regional Brigades. 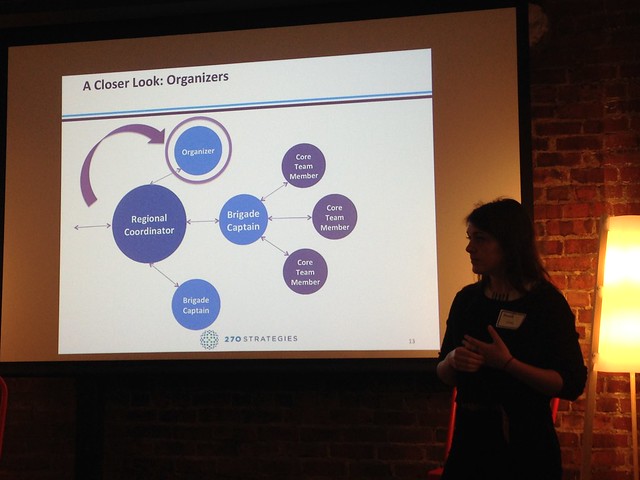 After months of collaboration on the subject, Code for America decided that the Midwest will be the pilot region, with coordination coming out of the Smart Chicago Collaborative. The Midwest has great potential and achievements in civic innovation. Many Midwestern cities, including Chicago and Detroit, have implemented open data policies and are running open data portals.

Additionally, there are many civic apps that originated from Midwest cities. From small volunteer apps like the Flu Shot Finder to civic startups like LocalData, the Midwest boasts a large number of civic technologists working to use the data opened up by cities to improve the lives of residents. Civic innovation in Chicago is particularly strong with OpenGovHackNights serving as a model for the rest of the Brigade and events like OpenGov Chicago meetups are some of the largest attended civic hacking events in the country.

I’m excited to play a part in helping expand civic innovation in the Midwest. If you have questions about the new program, feel free to reach out to us at Midwest[at]codeforamerica.org.

Code for America recently moved its blog to a new home. We didn't want to leave anything behind, so we moved this post by Christopher right here. We hope you enjoy it.